The Thinkings of Things

Connecting the eternal to the everyday 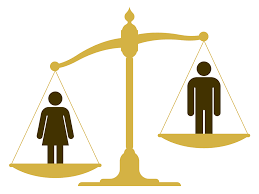 For  Christians who’ve read Genesis 3:15 at least once, the problem of men sinfully exploiting their power over women shouldn’t really be news. The fact that the world is beginning to recognize the problem is something that should give us hope.  But before we race to write various prescriptions to heal America’s institutional sickness – the eradication of pornography, a return to marriage and traditional sexual ethics and, of course, the gospel, we should stop to ask what it is that has finally opened the world’s eyes, even as so many in the church remain blind to the ways it manifests the identical symptoms, because it is suffering from the same disease.

One of the hermeneutical rules I strived to follow as I was writing about Ruth and Boaz last month was to focus far more on what the text says than on what it doesn’t. I tried not to argue from silence. When Ruth 2 describes Boaz’ unequivocal instructions to his men that Ruth wasn’t to be harassed in any way, nothing in the text suggests anything other than that they obeyed him. So we should assume that they did and believe what the text implies – that Ruth was left to work in peace, and was never sexually assaulted or harassed.

But the question I’ve been asking myself repeatedly of late is – what if she had been?
What if a man ignored Boaz’s warning, looked for a window of opportunity, and took it? What if Ruth told Boaz what happened? How would he have responded?

Would Ruth have been believed?

Until recently in contemporary America, women’s reports of sexual assault would follow a predictable pattern:

Then the Internet was invented, with its ability to aggregate and amplify women’s voices.

One story on social media became two, and then four, then forty. Patterns emerged – in the methods of grooming, in the bait and switch tactics, in the grotesque specifics of the behavior.

Like the famous Magic Eye pictures from the 1980s, a myriad of data points once hidden in silos of secrecy melded together to reveal the truth that had been there all along.

And so the truth about Bill Cosby has come to light. And Roger Ailes. And Bill O’Reily, and Harvey Weinstein, and John Besh, and Kevin Spacey, and Louis C.K. and…and..and….

Amplified by the digital megaphone of the Internet, the aggregated, harmonized voices of women have become so numerous, so loud, and so unified, that they are finally being believed.

At least, in most places.

Whenever sexual assault stories bubble up within a Christian context (involving either a prominent Christian ministry leader, or an influential man whose outspoken Christian faith has been an essential part of his platform), they’ve followed a similar pattern:

The accuser’s treatment varies, depending on who she, or he, is. If it’s a child in single digits – the default defense is “innocent until proven guilty”. If she is a woman with any kind of perceived character defect – a sexual history, a divorce, a bankruptcy, a perceived pattern of emotional instability- any and all are deployed to dilute her credibility and dismiss the allegations

Occasionally, the “digital witness” of the accused’s own words in the form of emails or text messages find their way into the light. Then the naysayers and defenders go silent.

But when the witness is a woman, not even when their number is multiple orders of magnitude beyond the Biblical standard are they believed.

And so men like Roy Moore hide in plain sight behind a wall of defense built and guarded by professing Christians. They double down on denials, dial-up conspiracy theories, and drape themselves in American legal precedents and blasphemous Biblical allusions to persecution.

Jesus is not pleased.

While the women of Jesus’ day enjoyed a measure of greater cultural stability than those of his ancestor Boaz, they still suffered numerous societal disadvantages because of their gender. I wrote about one of the most significant ones last year. Jewish tradition held that where civil and legal matters were concerned, a woman’s testimony was unreliable and inferior to that of a man, and thus invalid in court.  But the gospels repeatedly depict Jesus turning that precedent on its head- as  revival breaks out through the testimony of a disenfranchised Samaritan woman (John 4:39), as a powerful politician’s wife publicly warns her husband not to execute a righteous man (Matt 27:19), and as a group of women proclaim the good news of the Resurrection to the apostles, men who rightly, they believe, follow prevailing civic tradition in dismissing their report as idle gossip (Luke 24:1-11).

Jesus dismantled the cultural scaffolding of man-centered prescriptions built around the law that privileged and protected groups with social power against those with less. He recalibrated the scales of justice and power by actively lifting the marginalized, and their voices, up and into the work of His kingdom.

In Jesus’ economy, the voices of those lacking societal power were amplified and elevated, and the call of the powerful was to not so much lean in, as to lean down and listen to them.

In Jesus’ economy, a woman’s testimony had evidentiary value in and of itself.  When a woman in Jesus’ day spoke up, Jesus expected her to be heard, and to be believed.

There are important caveats about this conviction that are worthy of their own discussion. Arguing from the Scriptures that God wants women’s voices to be amplified is not the same as arguing that He wants them treated as absolute. The stories of Potiphar’s wife in the Old Testament (Gen. 39:1-20) and Sapphira in the New Testament (Acts 5:1-11), descriptively and prescriptively warn women of the grievous sin of bearing false witness against a man. In fact, there could be room to argue that those stories are the exceptions that prove the rule – that in an economy where a woman’s word is given special weight, a woman who presumes upon or exploits the power inherent in her words is guilty of the same egregious sin that a man commits when he exploits the power inherent in his position or physical strength.

American cultural institutions are finally waking up to the historical imbalance of power it has enabled by dismissing the testimony of women, and is beginning to recalibrate its scales.

“Encouraged” and “blessed” aren’t big enough words to describe what it felt like to receive so many notes/texts/tweets of encouragement yesterday about the piece on Boaz I wrote for Fathom Mag last month. (And it’s not only because Fathom is one of the most thoughtful and beautiful new digital magazines for Christians out there today, and you should read it every month and subscribe and support their hard work.

Can I tell you the bigger reason for my gratitude?

That piece was one of a series of interconnected pieces on Boaz and the book of Ruth that I wrote for publication over the past few months. A complementary piece on being Boaz in the business world came out at TGC today. Another piece about a conversation I had with a total stranger on a plane about Boaz comes out soon in Gospel-Centered Discipleship.

I wrote all three pieces in conjunction with, and as a direct consequence of, a twelve-week study in Biblical hermeneutics my pastor took a small group of women at my church through this summer. I nicknamed it “Hermeneutics Without A Net.”

Each week, we studied a portion of Ruth using different principles of hermeneutics (word studies, macro before micro, Fallen Condition Focus, etc.) We also read through Paul Miller’s “A Loving Life” on the same passage, to test our observations and insights against his. We were also accountable to talk through what we were learning with another woman. Then we would meet together and pastor Josh – (the Best Preacher in America You’ve Never Heard Of™), would walk us through our work, and lead a discussion.

It was, without exaggeration, the best Bible study I’ve ever done.

I’m not saying that as a novice. I’m saying that as a 5th generation preacher’s kid with a degree from the Master’s College (English major, Bible minor), and twenty-plus years of women’s and coed Bible studies under my belt.

It wasn’t easy, at all.  As in, I may have broken a sweat as Josh let us sit in our ignorance over a passage or idea for a little while (before eventually pulling us up and out of it graciously).

It felt a little bit like the feeling I’ve had when I’ve started working out with a trainer after years of doing the same old stuff. Twenty minutes into my first workout I want to die, and the next day I wish I had, because every cell in my body is weeping in agony. But the next week I go back, and after 12 weeks, I’m in better shape than I ever thought possible.

God used that hermeneutics study to break open the book of Ruth to me in a remarkable way (not to mention all of my Bible study since then). I saw the good news of the gospel in it, and experienced its power and its practical implications, in ways I’ll never forget. It’s my favorite book of the Bible now (and probably will be until Josh starts his next class on another book of the Bible. I’m hoping for Hebrews – go big or go home, I say.)

But that’s still not the biggest reason I’m so thankful for yesterday’s response to the fruit from that study.

The greatest reason I’m so thankful is because of the reason the study happened in the first place. Because I had praying for something like it to happen since I read the first piece in this series about women’s discipleship by Thabiti Anyabwile, in 2006.

Of the numerous follow-on topics and conversations that ensued after that series, the one that stuck with me, and prompted my prayers and thinking over the next literal decade, was the principle Thabiti drew out from the beginning of Titus 2 – that in order for older women to teach younger women what is good (Titus 2:3), they need to be taught in accordance with sound doctrine themselves (Titus 2:1), first. And who better to do that, within a local church context, than their own pastors?

And so that’s what I started praying for. And when we moved church campuses two years ago and started sitting under Josh’s preaching, I prayed even harder. (Because, seriously, Best Preacher in America You’ve Never Heard Of ™). Last January, the praying turned into talking, and last summer, the talking turned into a study.

Beyond all that God taught me through the book of Ruth itself, he also affirmed what I had been praying and thinking on and talking through with other women, in the aftermath of Thabiti’s series:

When pastors intentionally invest in the theological training and maturing of the women in their church, the whole church benefits.

Our group of women benefited, as Josh walked us through the hermeneutical mechanics of study of a text, and turning it into teachable, gospel-rich food for others.

Our pastor benefited, as he gained a new level of insight in how the women in his congregation and communities approach the characters, themes, and arguments of the Bible uniquely as women.

Our church benefited, as we took what we’d been taught and began teaching it to others in our church and social circles.

And the church outside our four small walls has benefited, as the insights we gleaned have made their way onto social media channels like Facebook, Twitter, and even a new digital magazine like Fathom.

I promise you that it will bless you, and your church, in ways you don’t yet know.